Members of the Manufacturing Leadership Council were given a glimpse of the future of factory connectivity at the Ericsson USA 5G Smart Factory in Lewisville, Texas and Imagine Studio Tour in Plano, Texas. Exploring the theme Effectively Managing 5G and IoT to Drive Smart Manufacturing, tour participants learned about a highly autonomous and sustainable operation that manufactures Ericsson’s portfolio of 5G products, including advanced antenna radios. 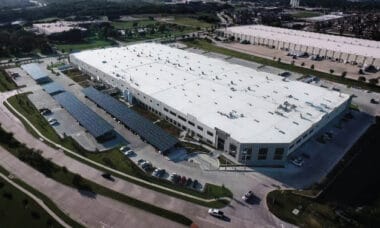 The Lewisville facility was recognized as both a Global Lighthouse and Sustainability Lighthouse by the World Economic Forum, just one of six factories worldwide to win both designations. The Smart Factory has more than 400 employees from 36 different countries.

5G is hailed for its promise in industrial settings due to its low latency and high reliability. It is considered critical infrastructure by the federal government, meaning it is considered so vital that it is designated for special protections and falls under national policy for maintaining its security, resiliency, and function. Additionally, an industrial 5G network requires fewer wires and fewer access points vs. advanced wifi networks. For example: In an 80,000-square foot area of the production facility, just two 5G radios are required for the network. The same connectivity on wifi would require 24 routers.

The plant utilizes automation, interconnected equipment, machine learning and real-time data enabled by IoT solutions and a private 5G network. Constructed in 2019, the facility was built in less than 180 days and delivered its first commercial 5G radio in July 2020. It produces a range of 5G radios for private networks and deployment by cellular carriers for their nationwide networks.

The surface mount assembly lines at the Ericsson USA factory are the longest in the United States at 271.6 feet. The factory layout can be described as a hub-and-spoke assembly system connected with automated mobile robots (AMRs). The equipment includes AMR docks, which allows the AMRs to move components through various stages of assembly. This allows operators to stay focused on production vs. tracking down necessary components. 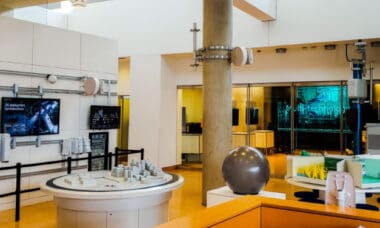 The manufacturing team at Ericsson says they are focused on “sensible automation” as not everything makes sense to fully automate – for example, final assembly is done with human operators working with collaborative robots. In other areas where it is practical, faster and more efficient industrial robots are deployed instead. The plant runs on a private network separate from Ericsson’s corporate network, and all of its network solutions are hosted on-premises.

On the sustainability front, Ericsson is reaching for an ambitious Net Zero goal in all of its operations by 2030, with a goal of being Net Zero in its entire value chain by 2040. The Ericsson USA factory is 24% more energy efficient vs. comparable buildings, using renewable energy through 1,646 solar panels that generate 17% of the energy required for the factory. All of the energy the facility uses is from either wind or solar sources. It also has two 40,000-gallon tanks for collecting rainwater, which is used for maintaining its drought-resistant, native species landscape and in the facility’s restrooms.

After touring the production facility, attendees were taken to Ericsson’s Imagine Studio where they were given a deep dive into the performance differences between 5G and other previous generation wireless networks, the considerations necessary when planning for 4G/5G connectivity needs, an overview of private cellular networks, and identifying top 4G/5G-enabled use cases for the factory. Topics of discussion included how to align business goals with network deployment, how to select partners and system integrators, understanding risks, and how advanced networks can be deployed on both new and legacy production lines.

As for its future goals, the Ericsson team says that while product variability is currently a challenge from an automation perspective, they aim to control production with AI and machine learning for even greater autonomous operations; 5G will be a crucial component to handling the variability. They describe the process of adjusting their highly automated operations as a journey that is about learning as a team with production, network engineering, and product development. They are also actively pursuing a production digital twin.

Ericsson’s M4.0 philosophy would be good for any manufacturer to emulate: Continuously try new things and evaluate them. Be willing to fail. Aggressively chase production efficiency. Envision the type of company culture that is necessary to be innovative and to meet business goals. And most of all, imagine what is possible and set that as the highest goal.