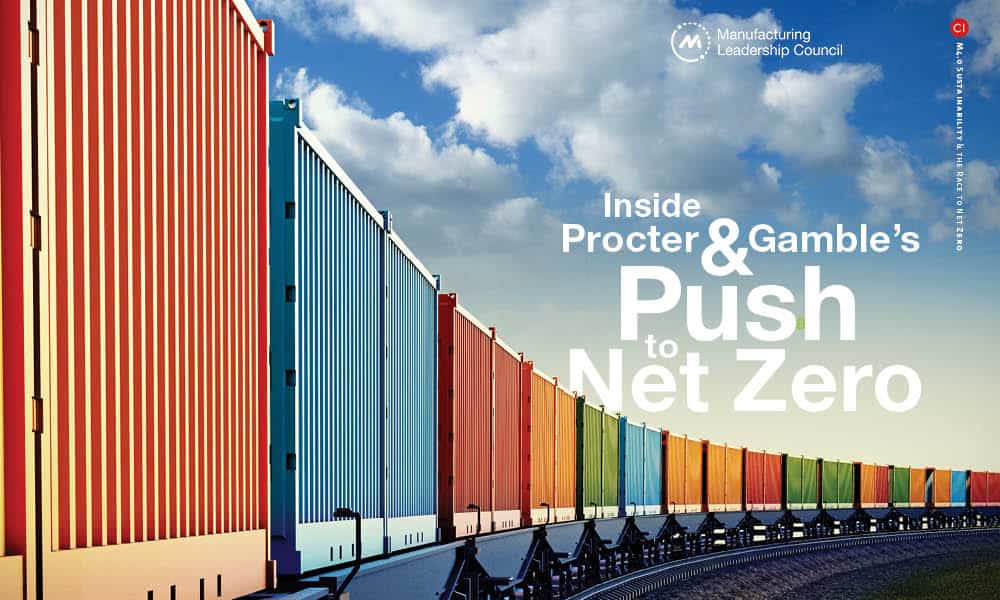 U.S.–based global FMCG manufacturer Procter & Gamble has launched comprehensive action plan to accelerate its fight against  climate change. At the Geneva headquarters of P&G Europe, Pietro D’Arpa, Vice President Supply Chain Europe, explains, “P&G has announced its ambition to achieve zero net greenhouse gas emissions by 2040 for all of its production activities and for its entire supply chain, from the collection of raw materials to retailers’ distribution centers.”

D’Arpa, who is leading the effort in Europe to find new solutions, particularly in the field of logistics, says the company also is planning to reach intermediate targets for transportation emissions by 2030, “Significant progress will already be made in the current decade.” At the global level, P&G aims to reduce transportation carbon emissions by 50% over 2020 levels in 2030.

P&G is using a multipronged approach to accomplish its 2030 goal, including developing key partnerships with multiple types of organizations to help fill strategic gaps as well as use both new physical and digital technologies to get materials and products from point A to point B with the lowest possible carbon footprint.

One example is a European Union–funded initiative to develop a dynamic, real-time digital network optimizer to bring new technology to the age-old problem of determining the best mix of transport modes — and how they’re scheduled. The plan is to reduce inefficiencies, such as sending out trucks that are just half full, and unnecessary delays at transfer points, as well as minimize costs. The initiative also includes exploring a novel technology that could help pack pallets more efficiently and reduce packaging waste before products even leave the warehouse.

Procter & Gamble makes household consumer goods including well-known brands such as Tide, Pampers, and Gillette, in 70 factories around the world. It sells these FMCGs in 180 markets to the tune of $71 billion annually and employs 100,000 people around the globe.

Just in Europe, P&G has more than 30 manufacturing sites and warehouses that serve both Europe and overseas markets. Altogether, these European operations alone move 7.5 billion TonKm across Europe using a multitude of modes, including over-the-road trucking, rail, and ocean. 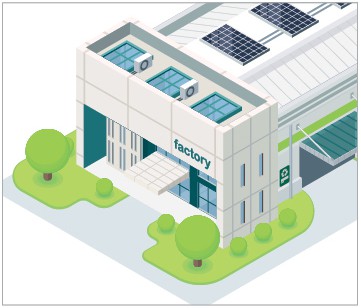 “Significant progress will already be made in the current decade.”

P&G has already reduced its emissions considerably: For 2020, the company announced a 20% reduction of the truck-miles driven per unit of product vs. base 2010 — and exceeded that target. “So we decided to set a new, more ambitious set of goals for 2030 using 2020 as a baseline,” says D’Arpa. “Today we have implemented a methodology (known as GLEC) that allows us to track directly greenhouse gases expressed as CO2 equivalents, and we set our new goals using this metric.”

The European Union also has set an ambitious goal with its European Green Deal: To become carbon neutral by 2050, with an economy that produces net zero GHG emissions. While many business sectors are already taking steps to reduce their carbon footprint, road freight transport, which accounts for 6% of total EU CO2 emissions, could continue to grow as much as 50% unless all the players work together to decarbonize transport, according to a report by transportation and logistics company Transporeon.

P&G Europe is working to accelerate the migration from road to train/ship, known as inter-modality, with a particular focus on dramatically increasing its use of rail for long-haul freight. “This is the number one of the number one,” says D’Arpa. “This is crucial! Long-distance transport (>600 miles) represents a significant portion of greenhouse gas–equivalent emissions in Europe. Because rail transport is 75% less CO2-intensive than over-the-road trucking, if we could shift all of these loads to multimodal solutions, this intervention alone would get us very close to our 50% reduction by 2030 goal.” 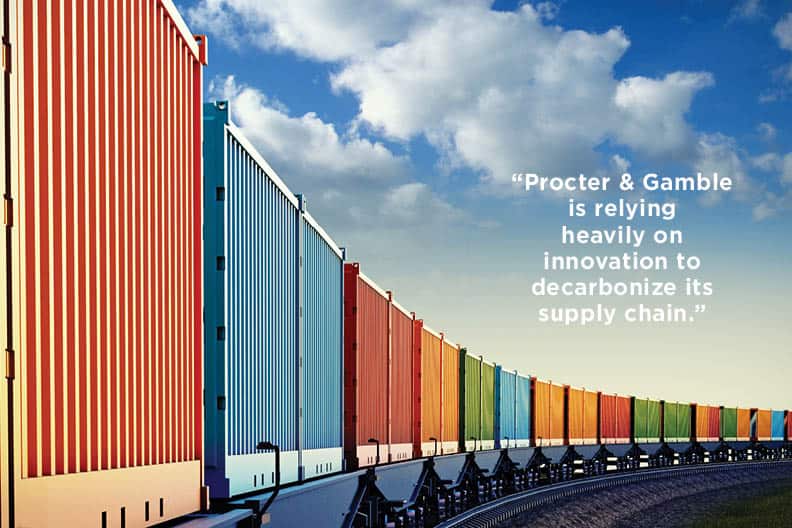 Over the medium to longer term, the company is also focusing on converting its ground transport vehicles from fossil fuels to electric and renewable alternatives.

There are many challenges to overcome. For example, in Europe, the railway system could be better coordinated nationally or internationally. That would simplify the switch from road to rail and unleash additional capacity, says D’Arpa.

Also, despite efforts to reduce trucks running empty over the years, the problem persists, with an average of empty miles still running at around 20%. While the percentage for cross-border haulage tends to be lower than for domestic transport, post-Brexit almost 40% of trucks are traveling empty between the UK and the EU.

While inter-modality — shifting more road freight to rail as the long-haul — is a key strategic intervention, the reality is that heavy vehicle trucking won’t disappear any time soon. To get a clearer picture of the actions businesses, policymakers, and financial organizations can take to get heavy vehicle transport on the road to decarbonization by 2050, the World Economic Forum instituted its Mission Possible Platform Initiative Road Freight Zero (RFZ).

One important step of the initiative’s plan is to showcase what first-movers are doing to overcome key barriers and achieve shorter-term gains, such as switching more freight hauling from over-the-road to rail, transforming overland trucking vehicles to more-efficient fuel sources, optimizing routes and load-building, and building partnerships and tools to optimize loading.

In concrete terms, Procter & Gamble is relying heavily on innovation to decarbonize its supply chain. For example, it is working actively to introduce electric trucks to transport goods within its facilities; this technology will have to be developed further before it can be deployed on a larger scale. The same applies to the use of biofuel for long-distance transport: “There is not enough production to meet the demand and the cost is high,” says D’Arpa. “Short-term investment and industry commitment are needed for this technology.

“We believe that between 5%
and 10% of our emissions
could be reduced through
synchro-modality,” says D’Arpa.

“P&G has joined a group of companies that have publicly declared their support for A.P. Moller-Maersk, one of the world’s largest shipping companies, which wants to develop innovative solutions related to biofuel,” says D’Arpa. It should be noted that A.P. Moller-Maersk will launch eight methanol container ships as early as 2024. “This is an important decision, as it gives a clear signal to the whole industry. There will be a big market for biofuels. In the short term, we’ll spend more money, but in the medium to long term, it’s the right thing to do,” says D’Arpa.

In the area of logistics innovation, P&G is also working with some institutions to develop CO2-capture devices, which D’Arpa calls “A very promising technology.”

P&G is looking to move beyond inter-modality into synchro-modality, which includes looking at the transport modes that will minimize delays at transfer points while determining the tradeoffs of different transport modes when it comes to cost, service, and speed. The final goal is to allow for sustainable transport solutions with no deterioration on service levels.

To help determine the best synchro-modal transport mix to achieve its goals, P&G has been working in the context of an EU Horizon 2020 Innovation project, ICONET, to develop a real-time digital network optimizer. The aim of the ICONET project is to demonstrate how  a concept known as the Physical Internet (PI) could work. P.I. is an open logistic network concept where all transport and logistic assets and infrastructures are cooperatively and dynamically optimized with an approach similar to the handling of data flows and storage in the digital Internet. The project has shown that indeed it is possible to minimize freight logistics environmental impact without increasing costs or reducing service levels. “We believe that between 5% and 10% of our emissions could be reduced through synchro-modality,” says D’Arpa. 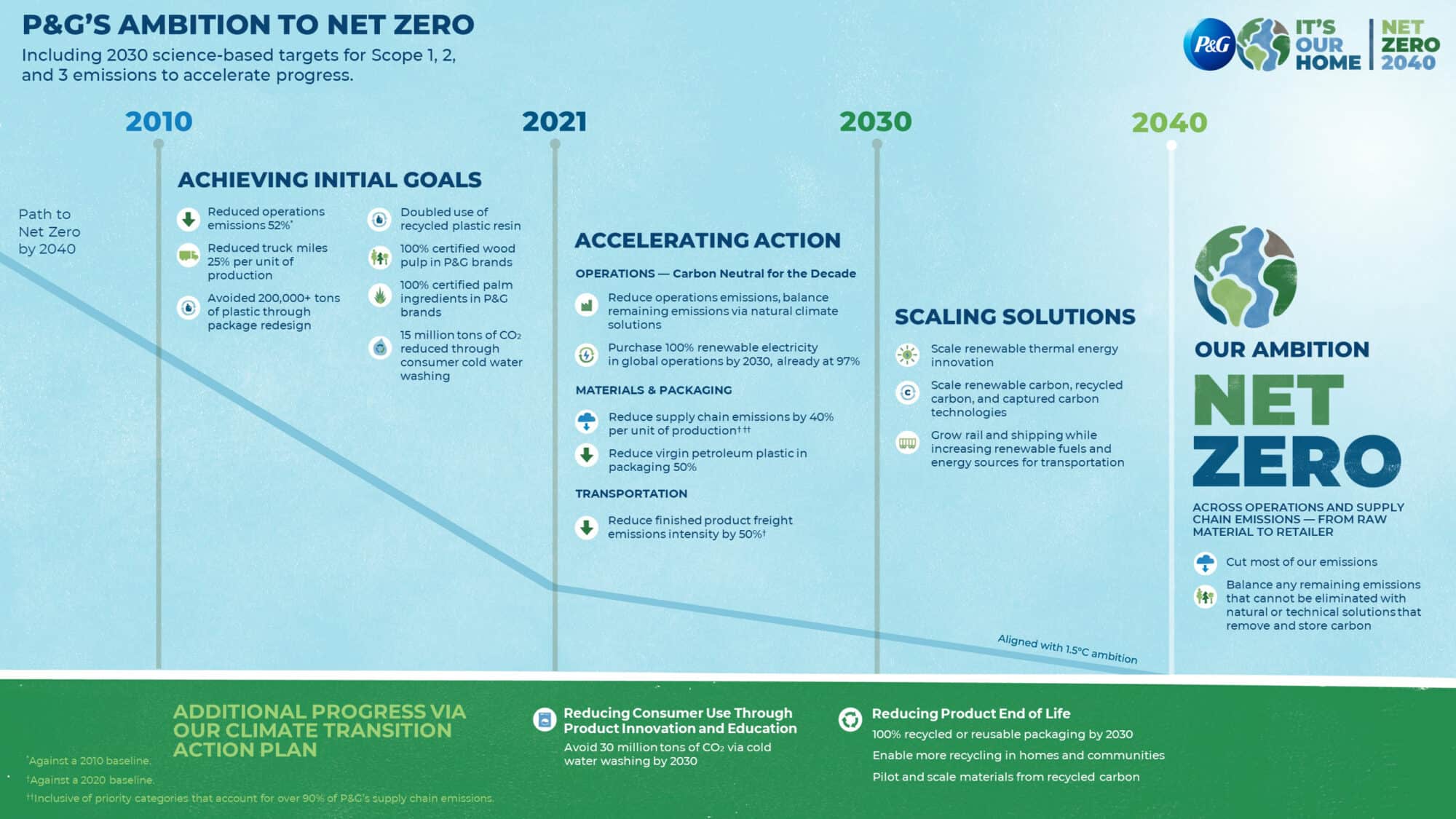 It will take collaboration and visibility to eliminate empty miles. Because greater sustainability and greater efficiency will require having both shippers and carriers share data through a well-connecting network so they can make better decisions in real time, P&G already has initiated conversations with third-party product and logistic suppliers, retail customers, and other shippers that use a complementary transport service to determine how they can collaborate to eliminate or reuse empty miles in the spirit of the Physical Internet. 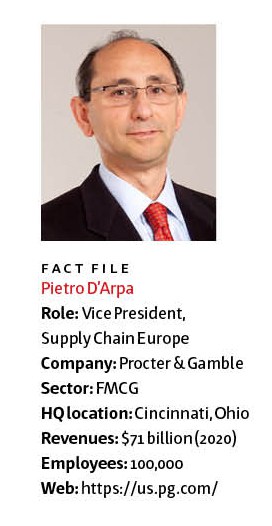 As D’Arpa notes, “If we create a micro-cluster of lanes — not just one lane from A to B but looking from A to B to C to D — we can identify new opportunities to reduce empty miles.”

P&G also is testing another idea to use vehicle capacity more efficiently and increase Vehicle Fill Rate. The company has joined a GS1 Germany-led initiative to introduce the SMARTBOX, a reusable, recyclable plastic box that, by standardizing container usage across the industry, could optimize pallet usage and reduce packaging waste. SMARTBOX, which keeps its contents anonymous, could help companies raise load factors by pooling consignments. The rationale is that if products fit the pallets more efficiently, trucks can be loaded more optimally. It has been estimated that an increase of average weight load factors to 80% would reduce trips in half.

The Need For Partnership

D’Arpa is quick to re-emphasize that the work ahead is vast and requires leveraging existing solutions and seeking out new ones that are not available in the market today.

“This will require a partnership between the private, public and nonprofit sectors and will involve all aspects of our business,” he says. “We need to work with actors across the whole playing field. Everyone who might accelerate this journey is welcome, from the EU, from industry, from academia, everyone’s contribution is necessary.”

He adds that it’s time to stop talking and start testing some of these new solutions — after all, “the best solution might be an average of many solutions,” he says. “This we need to test. The more we test and the faster we do it, the more we learn. Talking is fine but it’s time we test and learn together and quickly reduce emissions.”  M