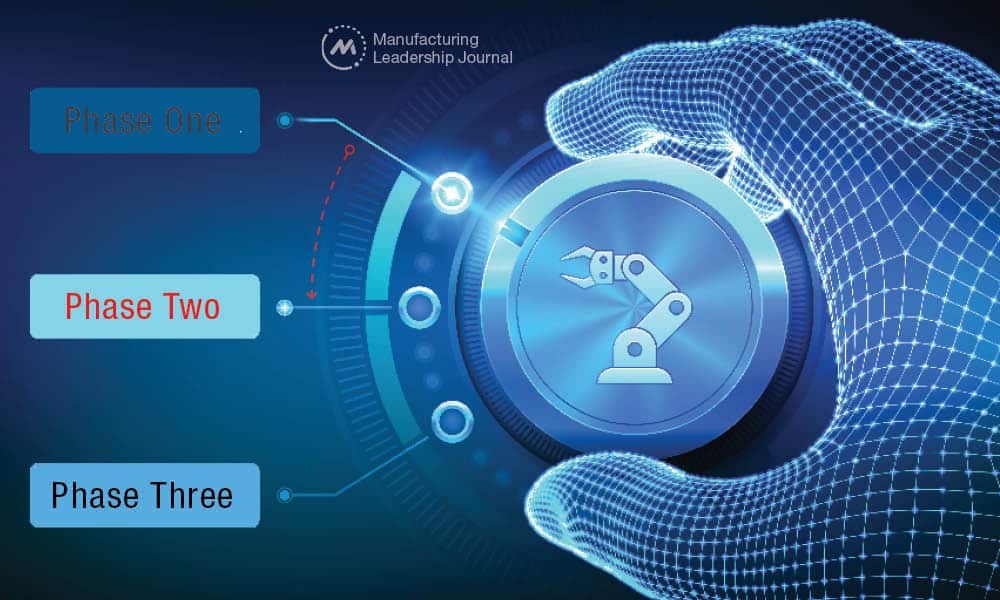 It’s now around 10 years since the concept of Industry 4.0, also known as the Fourth Industrial Revolution or M4.0, was formally introduced to the world at Germany’s Hannover Fair at the beginning of the last decade. Yet some people are already looking for the next big thing and the question about “What will Industry 5.0 look like?”, keeps cropping up in industrial forums around the world.

But that’s not especially helpful or useful for today’s manufacturing companies.

If you take a serious look at the history of industrial revolutions, you are looking at many decades of groundbreaking change. Industry 1.0, which was triggered by industrial energy generation and machining innovations predominantly based on steam power, changed the world for about 100 years. Industry 2.0 was triggered by electrical power and communication and that shaped the world for around 60 years. Industry 3.0 was sparked by the emerging computer and microelectronics age of the 1960s and 1970s and that changed the industrial world for about 40 years. So, for the current Industry 4.0 revolution, we should be expecting a timeframe of around 30 years for the deep changes in industry driven by the Internet, and more specifically IIoT, to truly achieve widespread adoption and deployment.

Realistically, the world is not yet facing a new Industry 5.0 revolution anytime soon. Rather, we still have ahead of us around two more decades of harnessing M4.0 to really deliver on its transformational promise.

When you look a little deeper into the sequence of revolutions through history, it is possible to identify roughly three overlapping phases:

I believe we are now just entering the second Application Phase as we begin the next decade to 2030. We have all the elements to make the IIoT work and today’s developments in standardization are leading to worldwide commercialization. In this phase, worldwide networks of manufacturing facilities can be setup quickly and easily adapted to respond to externally induced changes within hours. Virtual marketplaces will evolve which not only change our factories, but even more so our supply chains. As most of these innovations are data driven, only the companies that are able to turn that data into business value, will be successful. Here AI is a must and data sovereignty supported by high security standards to ensure cyber security, is essential. 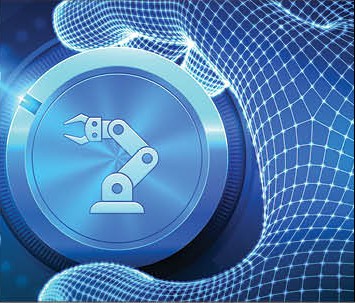 “We still have around two more decades of harnessing M4.0 to really deliver on its transformational promise.”

But don´t overestimate the technological side of this development. Looking back in history, all past industrial revolutions were directly influenced by the political environment in which they happened, accelerated by open communication and trade, and in some cases unfortunately, directly influenced by wars, which were both a driving and a breaking force. Education too has always been an important enabler over many centuries. A successful Phase 2 of Industry 4.0 will require both stable political situations and a well-educated workforce. It will also need increasingly educated and active customers and market pull. Only if all these requirements come together at the right time will significant change be initiated.

We are now just entering the transition from Phase 1 to Phase 2 of M4.0, and that’s why I expect at least another 20 years of Industry 4.0 developments. In Phase 3 we will again be seeking out truly leapfrog innovations based on radically new technologies which will then become the breeding ground for the next Industry 5.0 evolution. We are already seeing new scenarios like the Metaverse emerge which will be driven by a fully digital twin world. And groundbreaking changes in other technologies too, such as additive manufacturing. All these will shape the next decade, but it’s also important to point out that there are still challenges along the way.

Open communication and trade are not always seen as important drivers by everyone in today’s world, but also as potential threats to some economies and political systems. The speed of progress in the decade ahead will, in many ways, be determined by the balance between these two perspectives.  M

About the author:
Industry 4.0 Pioneer, Dr. Detlef Zühlke, is a retired Professor of Industrial Automation; Founder and Honorary Member of the Executive Board of Technologie-Initiative SmartFactory-KL in Kaiserslautern, Germany; and a member of the MLC’s Board of Governors.