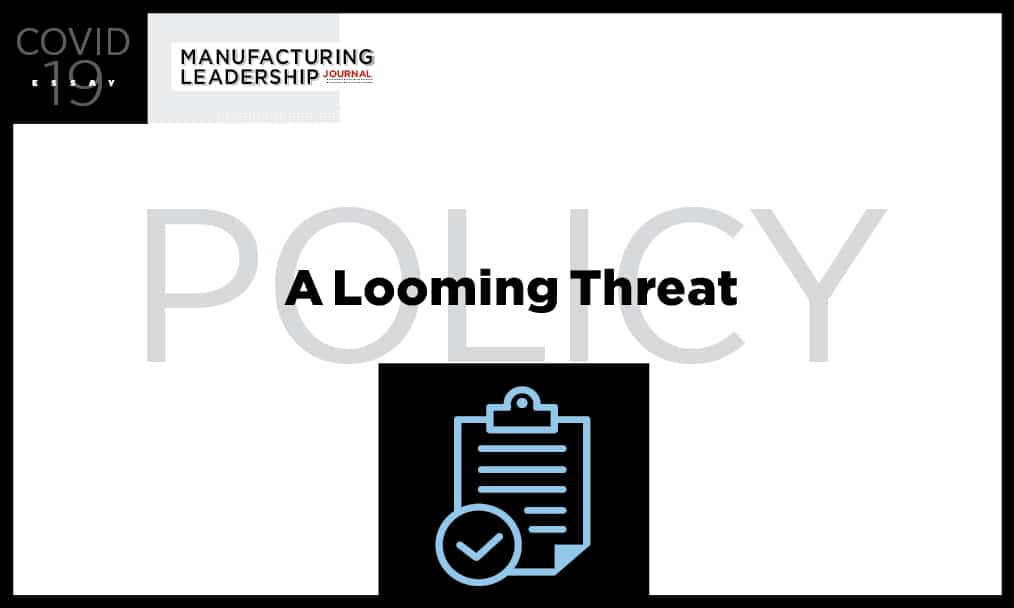 As we emerge from the shutdown of economies around the world, one thing is certain: there will be fierce global competition for growth. The winners of this battle can position themselves for sustained prosperity, raising the quality of life for their citizens.

In the past, some took a view that manufacturing was not necessary to power growth – that the services sector and consumer spending alone could secure a bright future. COVID-19 has laid bare this truth: a strong manufacturing base is critical to economic prosperity and national security.

It is clear that innovation powers modern economies. The United States has a natural innovation edge, with a highly educated workforce, world-class research institutions, and a national ethos that supports risk-taking and entrepreneurship. Some countries are working hard to counter American advantages. China has adopted a national strategy intended to transform the country into a world leader in advanced manufacturing. Others are seeking to fill their coffers by imposing discriminatory taxes on innovation developed outside of their borders.

The National Association of Manufacturers has a proposal to power economic growth for years to come. Our American Renewal Action Plan has recommendations to help policymakers craft a response to the immediate crisis, aid in the recovery, and help set the stage for renewal. The plan includes key policies to attract manufacturing investment to the U.S.

A key element of the NAM plan is support for innovation. New technologies, processes, and materials power growth in the industry. In fact, the sector accounts for 63% of all private sector R&D in the U.S., spending more than $271 billion in 2018.

The NAM’s American Renewal Action Plan will aid in the recovery from the pandemic and attract investment to the U.S.

In recognition of the important relationship between innovation and growth, the U.S. must adopt a policy framework that makes America the most attractive country in the world to create and commercialize new technologies. As a first step to supporting modern manufacturing, lawmakers should reverse harmful policies.

A coming tax law change will make the U.S. less competitive. Under current law, companies may immediately deduct their research expenses. For businesses that have income, this provision means that R&D is conducted in a tax-efficient manner, in that they are not subject to tax on amounts spent on research and experimentation. This clearly supports spending on innovative activities.

However, starting in 2022 companies will be prohibited from immediately deducting their research expenses. Instead, they will be required to amortize these amounts. For tax purposes, amortization is a timing concept. It means that costs are deducted over years, instead of as soon as an expense is incurred. Specifically, companies would be required to comply with a five-year amortization period for R&D conducted in the U.S. and a 15-year period for research conducted elsewhere.This change would certainly put American companies at a competitive disadvantage. No other developed country has adopted such a policy. As such, it could drive research spending to companies that operate outside of the reach of U.S. tax authorities. The sad reality is that America’s current tax incentives for R&D are not best-in-class. The U.S. ranks 26th out of the 36 advanced nations that comprise the Organisation for Economic Co-Operation and Development’s ranking of the value of R&D tax incentives. If amortization takes effect, we will fall even further behind the rest of the world.

Spreading the deduction associated with R&D spending over years will increase the cost of performing research for companies that are subject to the U.S. tax net. This creates a disincentive for U.S. companies to engage in research. Economists have confirmed that this change will harm innovation. A 2019 study by Ernst & Young found that amortization of R&D expenses would reduce U.S. R&D spending by more than $4 billion a year, in the first five years after the change takes effect, and $10 billion a year in the second five-year period following the change. There will also be significant ripple effects of this tax change. Hardworking Americans will shoulder the burden of this policy. The Ernst & Young study found that the U.S. will lose more than 23,000 R&D jobs in the first five years after the change goes into effect and more than 58,000 jobs thereafter. More than three times that number of jobs will be lost if indirect impacts are taken into account, such as reductions at companies that supply R&D components.

Amortization of R&D expenses will harm U.S. innovation and, by extension, American manufacturers and their employees. Lawmakers must immediately reverse this scheduled tax law change. Significant research expenditures are sometimes planned years in advance; the longer Congress waits to address this issue, the more likely it is that important R&D will be delayed, shifted to another country, or simply foregone. Any of those outcomes would impede growth of advanced manufacturing in the U.S.

Most importantly, reversing this policy will level the playing field for U.S. innovators. When combined with the other elements of the NAM’s comprehensive COVID-19 response plan, this change will ensure that the men and women who make things in America can power growth for years to come – putting our nation in prime position to retain its competitive edge.   M