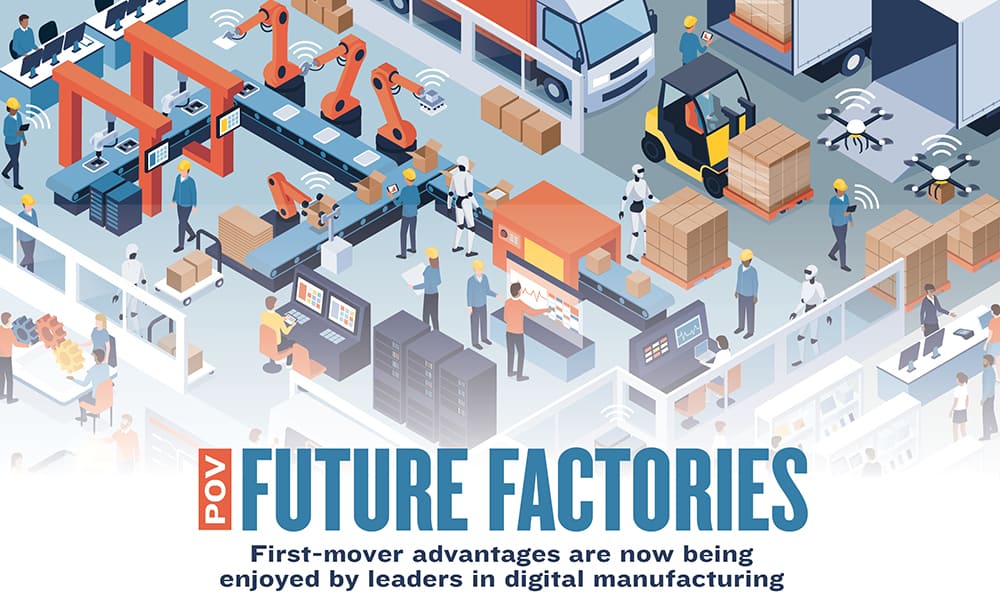 Winners are starting to emerge in the global competition to create factories of the future based on fourth industrial revolution technologies and new ways of organizing work and people.

Research conducted by the World Economic Forum in cooperation with McKinsey has identified what the duo calls a “Global Lighthouse Network” of 44 factories around the world that have broken out from the pack to achieve up to 90% increases in productivity, 10-80% reductions in lead times, and 50% improvements in energy efficiency, among other metrics.

What distinguishes the Lighthouse factories, WEF/McKinsey says, is their adoption of technologies such as digitization, automation, advanced analytics, augmented and virtual reality systems, and the Industrial Internet of Things. Perhaps more importantly, though, is that these factories work across four key aspects of the transition to the digital model at once – business processes, management systems, people systems, and the IIoT and data systems.

In other words, they are orchestrating digital change across the dimensions of technology, people, and processes, and, as a result, creating new advantages for themselves.

“It is already clear that a small number of organizations are running away with the first-mover advantage,” WEF/McKinsey says.

Among many interesting aspects of the research is what it says about the state of global manufacturing competition. Of the group of 44, only three Lighthouse factories have been identified in the U.S. They are Zymergen, a biotech firm in Emeryville, CA; Johnson & Johnson Vision; and Fast Radius, an additive manufacturing firm in Chicago whose president, Lou Rassey, spoke at last year’s Manufacturing Leadership Summit. Most of the other Lighthouses are in Asia and Europe. The group of 44 is also diverse; some are small businesses and some are the world’s largest industrial companies.

The big issue that many non-Lighthouse factories face, says WEF/McKinsey, is that they “languish in pilot purgatory” with digital projects that they have been unable to scale. And one of the reasons for this is a shortage of people with 4.0 capabilities.

But perhaps the most significant issue is leadership. “Leadership in digital manufacturing is open to anyone willing to commit to it,” says WEF/McKinsey.

That’s a clarion call to pick up the pace of digital transformation. Continued global competitiveness demands it. M