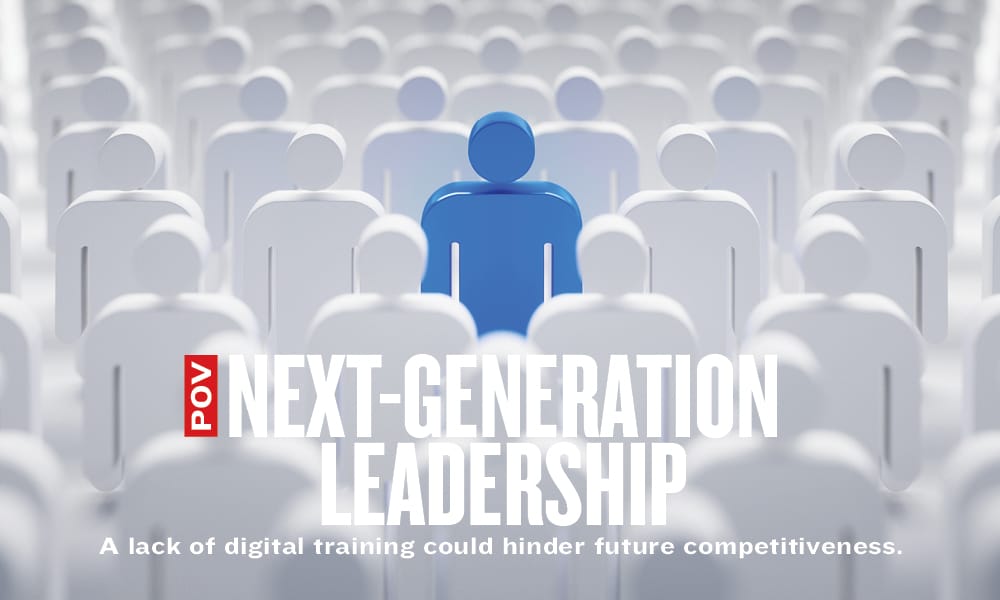 Workers of a certain age likely remember the office-side transition to digital technologies that began in earnest in the 80s and then accelerated through the 90s and 2000s. Typewriters and paper memos went the way of the office ashtray as desks were overtaken with computer monitors and many companies introduced something new – the IT department.

But the technology transition in the office environment started with simpler tasks, things like electronic file storage and retrieval and email, before the days of intense data analysis and what became known as business intelligence. Unlike those early office networks, though, manufacturers today face a much more expensive investment in both equipment and systems combined with a greater need to be highly data savvy. What seemed like incremental changes in the office for the last 30 years is more like a digital cliff for many factories.

According to the latest Manufacturing Leadership Council’s new survey on next-generation leadership, 79% of respondents said their company has no formal M4.0 training plan for leaders or workers. Yet, more than 80% also said COVID-19 brought about new urgency for M4.0 technology investment either to a partial or significant degree. It’s not hard to see how this is heading toward a collision between an urgency to acquire more technology and an organizational lack of digital acumen.

Additionally, 50% of those respondents said they saw their future leaders as ones already being developed inside the organization, meaning that unless M4.0 training becomes a priority and fast, tomorrow’s leaders won’t get the M4.0 preparation they need and will face the same digital skills problems as today’s. That’s why along with making decisions about which technology investments to make, it’s just as important that companies also do an honest assessment of their organizational digital bench strength and leadership skill.

Throughout the pandemic, manufacturers have repeated the same thing: The technology is important in a crisis, but the people matter even more. As leadership makes decisions on the digital technologies to help them negotiate the pandemic and its aftermath, it’s important they make that same investment in a plan for organizational digital training.    – Penelope Brown