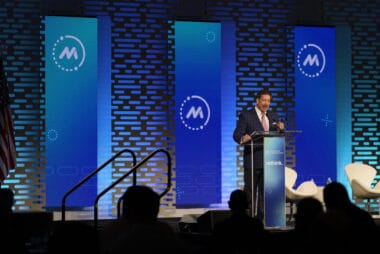 “Today, we are still only scratching the surface of the M4.0 value proposition,” noted David R. Brousell, Co-founder of the Manufacturing Leadership Council during his opening speech this morning at the MLC’s Rethink 2022 Summit in Marco Island, Florida. “But I am convinced” he added, “that a powerful case can now be made that the already significant value that has been realized with M4.0 will be significantly surpassed in the days ahead.”

Speaking to a packed auditorium of 500 senior level manufacturers, industry experts, innovators, and academics at the MLC’s 18th Summit event, Brousell predicted that the manufacturing industry is now poised to cross a chasm with M4.0 – making the transition from initial visionaries and early adopters, to the next dimension of value from M4.0 through grounded pragmatism, focused application, and enterprise-wide deployment. 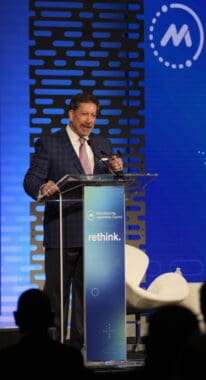 “The value that we will be able to generate from the digital model – whether that value is expressed in time, productivity, customer satisfaction, speed, or hard dollars – will be determined by our ability to master data, not only to improve what exists, but also to identify what might not yet exist – but could,” said Brousell.

Mastering data, he believes, will deliver positive change in many areas – changing the jobs people do and how they execute those jobs; changing the processes by which manufacturers make things, assure their quality, and delight customers – driving greater efficiencies, speed, cost effectiveness, and productivity; and it will change product and service portfolios, leading to the creation of new revenue streams and new customers.

In the years ahead, he continued, it will also allow companies, and the industry at large, to reimagine the art of the possible, unleashing imagination, creativity, and innovation, and ultimately, enhancing manufacturing competitiveness on the global stage.