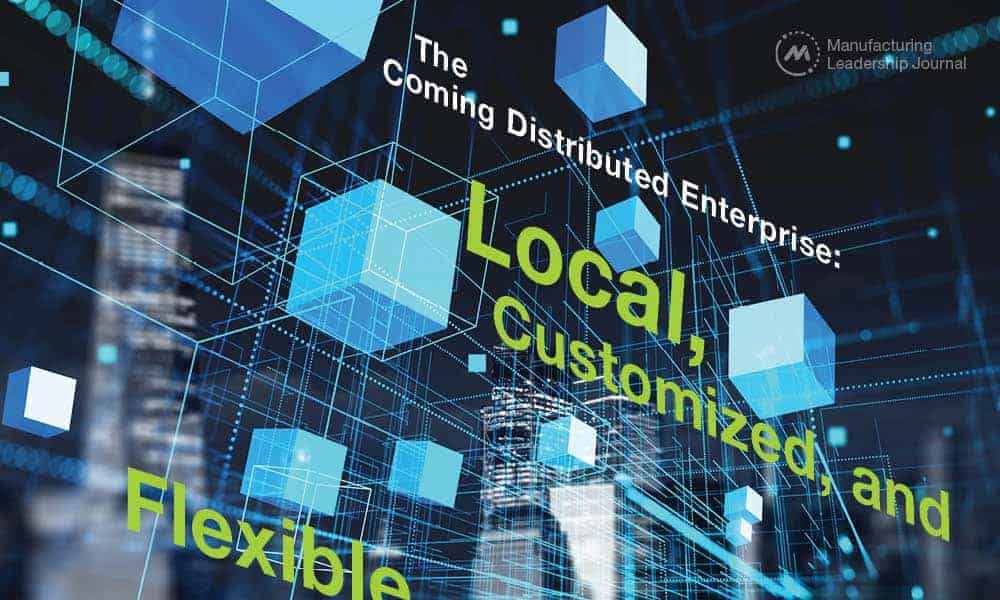 Predicting what manufacturing will look like in 2030 requires that we look beyond the near horizon and factor in how technology will enable the enterprise. The pace of digital transformation is unprecedented today, and manufacturing is about to experience a sea change. Keep in mind that as technology accelerates, it combines in new ways to further this acceleration. Ray Kurzweil famously describes this as Singularity, where systems are governed by the law of accelerating returns and where intelligent machines live in intelligent networks, and can work autonomously. To better understand the coming revolution, it is useful to first consider how technology has driven production systems in the past.

The industrial revolution ignited economies of scale production that has driven manufacturing organizations for the past two centuries. In the Industrial Revolution, water and steam enabled mechanization to replace artisan manual production. Frederick Taylor and Henry Ford further perfected this by creating the notion of a perfect way to do a job and by having an individual perform the same job over and over on an assembly line. These mass production systems were further enabled by electricity. The cadence of change accelerated. 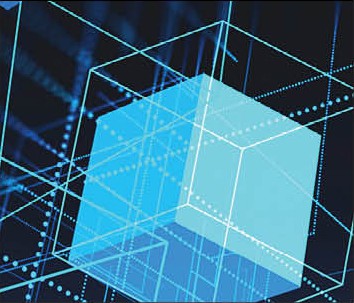 By 2030, distributed networks of smaller companies will be able to successfully compete.

Later, we introduced electronics and digital tools to remove some of the more difficult, but still repeatable tasks from production operations. Now, AI is enabling the beginning of thinking machines and systems. But electronics and digital technologies didn’t just impact the production floor. They also began to reformulate enterprise operations. Internally, enterprises began to look toward ERP systems to capture and manage production data and to put that data into the context of enterprise needs.

The Rise of E-Commerce

The hub and spoke type models with OEMs at the center have been governed by transaction-based contracts between individual companies. Electronic data interchanges in the 1970s eventually morphed into internet-based e-commerce in the 1990s, with an explosion of business-to-consumer e-commerce emerging in the 2000s and beyond. Today, consumers take for granted the ability to order a product and have it delivered directly to their doors, ideally overnight or within a small, specified time window. Further, customers rely on ratings rather than brand names or supplier names. Clearly, the pace of change is further accelerating.

Supply chain globalization of the past four decades has helped define what the modern organization looks like.   Companies began to specialize. Production based on core competence encouraged the disaggregation of organizational conglomerates, with individual companies focusing on what they did best, driving down costs through lean and other production and quality management strategies. The China price became the price to beat, and companies around the world have continued to seek low-cost suppliers to meet the demand for products.

Some of the very technologies that enabled and drove the success of economies of scale production are going to change the competitive dynamics of the economies of scale model. And unlike past transformations, this will happen rapidly, certainly enabling the 2030 enterprise, which will be more localized, more customized, and more flexible.

Second, the internet e-commerce tools that have driven business-to-consumer interactions, effectively divorcing makers from their customers through platforms such as Amazon, will enable platforms at the business-to-business interface level. This disaggregation of demand and supply is an essential ingredient to the distributed production networks of the future. Because of this, networks of companies will replace the traditional supply chain as we know it today. Active participants in the network at any given time will depend on the needs of the products ordered and can change over time as the production mix changes.

But there is one more technology driver needed.  We need a way to collect orders from one company, process the needs of those orders, and then parcel them out to suppliers in the network who can meet the production tolerances and feature demands – and we need to pay them. Enter blockchain or other smart contract technologies. 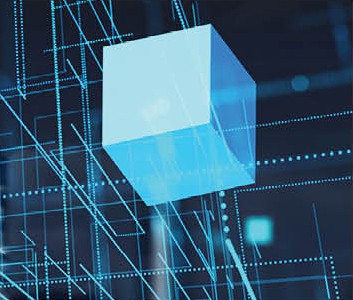 The economies of scale model is about to undergo a technology-enabled transformation.

Now we have the three elements of the enterprise of 2030:  localized production capabilities anchored in additive manufacturing and supplemented by more traditional subtractive methods; distributed production network platforms acting as matchmakers between those who need something and those who produce it; and, finally, the means to digitally capture smart contract details and then match performance to payments. Of course, all of this will be orchestrated computationally from the edge to the cloud.

All three of these elements are present today, but not at deployable scale, nor with broad trust and acceptance.  In each of the prior manufacturing transformations described earlier, the precursors to change were evident and often overlapped with more traditional ways of doing things. By 2030, distributed networks of companies – many of which will be smaller – will be able to successfully compete with economies of scale production by emphasizing flexibility and customization which traditional large companies will find difficult to match. 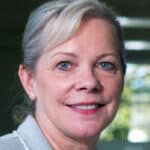 About the author:
Irene Petrick Ph.D is Senior Director of Industrial Innovation at Intel Corporation.